Varsity Team Inc. was created in 2004 through the hard work and dedication of Lance Hickman and Doug Furnas. Lance and Doug sought to provide an environment for these boys that would give them opportunities and that they often weren’t getting in the foster care system. After two very successful years Varsity Team was asked to open a second home and did so in the Otay Ranch area in 2006. Through the hard work of VTI Directors and Staff, we have been able to help dozens of San Diego youth achieve things they didn’t think were possible.  In large part to donor and fundraisers that have helped us along the way, we have been able to expand out services. In 2014 we opened up 2 more homes in Imperial County. In July we were finally able to realize a dream of ours and open up our first girls home in Brawley, CA, serving girls from Imperial and San Diego Counties. The next month we opened up our third boys home in El Centro, CA.

All of our residents come from some sort of chaotic familial upbringing. Many of our residents have been sexually or physically abused, neglected, abandoned, or their parents are incarcerated. Some of our residents have been forced into prostitution, gangs, drugs, or other illegal activity at a very early age. There are times when we have residents who simply have no family to care for them. Whatever the reason is that a young man arrives at VTI, they usually come with the feeling that their life has already been laid out for them.

We have known residents who have been in the system since infancy until they aged out of the system at eighteen. And because of many years of being institutionalized they either wind up homeless or in jail. They are unable to succeed in a normal society. They spent most of their lives being told what to do and when to do it that the ability to free think has escaped them. As you can imagine the outcome for these individuals is pre-destined, a sort of self fulfilling prophecy – a set up for failure.

These kids have every excuse they could ever need as to why their lives didn’t turn out well. At VTI, we won’t let these excuses stand in the way of a positive future. Too many kids have aged out of the system and had no idea what to do with their lives. We have helped our youth cope with their past, learn from it, and then given them new opportunities for growth. A large percentage of our youth have graduated high school and gone on to college, military service, or full-time employment. 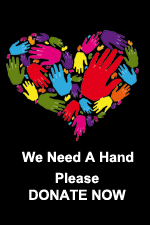